Name
Olivier Blum
Job Title
EVP
Company
Schneider Electric
Speaker Bio
Olivier graduated from Grenoble BusinessSchool in France (GEM,France).
He began his career at Schneider Electric in 1993 and held various positions in the France Commercial organization, from Sales Engineer to Vice-Director Country Sales. In 2001, he was appointed as Secretary of the Executive Committee and Global Company Program Vice President.
In 2003, he moved to China as Final Low Voltage Activity Director and was nominated in 2006 as the Head of Strategy and Marketing Director for China.
In 2008, he was appointed Managing Director & Country President of Schneider Electric, India.
At the end of 2012, he was appointed Executive Vice President of the Retail Division. In 2014, he was appointed Chief Human Resources Officer and Member of the Executive Committee. On June 2019, he was awarded the Chief Human Resources Officer of the year, in the 24th Annual Director of Human Resources Award which was organized by Cadremploi, Morgan Phillips Hudson, Le Figaro and Fyte.
Olivier is Chief Strategy & Sustainability Officer, Member of the Executive Committee starting April 1st 2020. He joined at the same time the board of AVEVA Group PLC (Global leader in Industrial Software) as a Non-Executive Director and member of the Remuneration Committee. 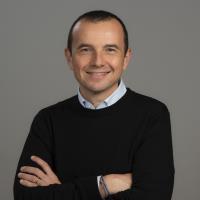